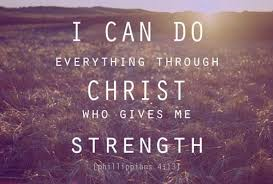 Aledo Cornerstone Church began as a Bible study and prayer meeting in the home of Grady and Rose Barton in 1972. People from many different backgrounds and denominations came together and were saved, healed, delivered, and filled with the Holy Spirit in the Barton’s home.

When the Bible study outgrew the Barton's living room, the group moved to our present location in downtown Aledo and became Aledo Christian Center. As the Founding Pastor, Grady Barton faithfully guided the course of the church for the next few decades. In late 2013 Grady went to his heavenly reward. Knox Ross, who had served as Associate Pastor for a number of years, became Pastor in 2013.

In the Bible names reflect identity, character, and sometimes a change in what God is doing in a new season. In early 2015 the operating name of the church was changed to Aledo Cornerstone Church. Keeping the ‘ACC’ pattern in our name reflects that we are building on the solid spiritual foundation of our church as we look forward to a new season of fruitfulness for the Lord
Welcome!